The grey forbidding profile of Lancaster Castle, parts of which date back to the thirteenth century, looms over the town and it is a surprise to find that it still functions as a civil and criminal court and until recently was in use as a prison.  In the sixteenth and seventeenth centuries, as the tides of religion ebbed and flowed, both Catholic and Protestant martyrs were incarcerated here and many went on to face gruesome executions.  Among them was the Protestant reformer George Marsh (1515-1555), who prayed and read so loud in his cell that others outside could hear him.

Parts of the castle are open to the public, and guided tours take us through the richly panelled courtrooms and also to the oldest part, King John's Tower built in 1208, where we can inspect the grim hardware of captivity and punishment.  Close by, a group of windowless cells in use until the early nineteenth century give a vivid reminder of the noxious conditions endured by prisoners. 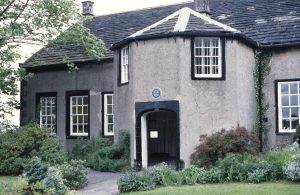 The castle's most famous inmate was George Fox (1624-1691), founder of the Quakers, who was first brought here in 1652 for preaching and holding meetings.  He was back again in 1664, together with his future wife the courageous Margaret Fell (1614-1702), this time for refusing to take an oath or remove his hat before the judges.  He suffered appalling conditions as he was detained for six months before appearing at the next Assize in 1665.  The courtroom where Fox faced his accusers is now a lawyers' library and also serves as a retiring room for juries.  He was imprisoned in the Dungeon Tower, demolished in the nineteenth century, which lay within the boundaries of the former prison.

The fruit of Fox's sufferings was a strong Quaker following in the North West and the chapel in Meeting House Lane, a long low building with an unusual octagonal vestibule and stone-tiled roof, is one of the oldest in the country (LA1 1TX).

What Aldersgate Street was to John Wesley, Pendle Hill was to George Fox - the scene of an intense spiritual experience which affected his whole ministry.  In May 1652 he climbed to the top and recorded in his diary that The Lord let me see in what places he had a great people to be gathered.  Like St Paul, he was not disobedient to the heavenly vision and set off immediately for Cumbria where his message had a warm reception among groups calling themselves the Westmorland Seekers.

Pendle Hill rises up between Burnley and Clitheroe and the main footpath starts from the minor road between Downham and Barley.  The ascent is steep and, according to Quaker guidebooks, should take about two hours including a time for meditation at the top. A  car park at Barley (BB12 9JX) is provided for walkers. 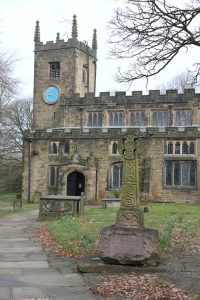 The Protestant martyr George Marsh was born here.  After ordination, he lived and worked in Cambridge, but also spent time in Leicestershire and in London.  Under suspicion for his opinions, he returned here in 1554 to take leave of his relatives, intending to flee to the Continent, and may have preached from the pulpit in the church.  Arrested near Bolton, he was imprisoned in Lancaster Castle and burned at the stake in Chester.

At St Mary's Church in Junction Road (BL3 4LU), Marsh is commemorated by a Celtic cross in the churchyard, with the text The glorious army of martyrs praise thee, and also inside the church, where he is depicted on the altar front standing on a pile of faggots with a barrel of pitch above his head.